The Hawkins Medical Clinic was established in 1947 when two solo practitioners Drs. Hawkins and Oaten joined forces. As in a number of country practices at that time, the intention was to enlarge the group by attracting specialists.

In 1948 Guy Robertson joined the practice; the first specialist surgeon resident practicing in country South Australia. Bill Moore joined the group in 1954, completing the final part of his M.R.A.C.P. from country practice. Again, he was the first specialist physician resident practicing in country South Australia.

And so the clinic grew with a mix of specialists, each competently doing some general practice and with general practitioners, each with a special interest.

By 1984 the specialists were in full-time specialist practice, draining an area from the lower South East and Western Victoria. With specialist retirements it became obvious that new specialists were not attracted to group practice. In order to attract new associates the clinic specialists by necessity moved into independent practice. The last, Mark Landy (surgeon), left in 1989.

The practice now restructured its skills and interests into more community areas; such as occupational medicine, women's health, obstetrics, paediatrics, geriatrics, preventative medicine and drug and alcohol abuse on a comprehensive general practice base.

With declining interest from G.P.s within Australia, the clinic sought approval to recruit overseas. Approval was obtained late in 1997 and the advertisements in the BMJ resulted in 6 UK GPs being sponsored for immigration to Australia.

One returned home but five stayed on to achieve permanent residency and become partners in the practice.

Approval was again sought in 2000 to advertise overseas for GPs. Our advertising campaign resulted in four UK GPs filling positions in the practice in 2001 and 2002. Two of these returned to the UK and one joined the partnership in February 2003.

Advertising in early 2004 resulted in three GPs from South Africa arriving early in 2005 with a fourth in August 2005 from Saudi Arabia. These new GPs together with another Oz trained GP made 16 general practitioners working from Hawkins Clinic from 2005.

One of these assistants returned to Adelaide in 2006 to undertake his hospital term to complete his FRACGP training.

Recent years signalled an increase in interest in our registrar vacancy and growing trend for these registrars to stay in the Hawkins Clinic beyond their basic and advanced terms.

2007 saw our registrar stay on in the practice while another registrar joined the clinic from Rockhampton along with her GP husband. This took doctor numbers to an all-time high of 17 for the year (apart from the few months maternity leave for our newest registrar).

Demand for training positions grew in 2008 with a third PRCC student placement at Hawkins Clinic in addition to two basic term registrar placements and one advanced term registrar.

In 2009 we were joined by an assistant from Pt Augusta and an ex-Army assistant. This increased numbers to an all-time high of 19 GPs until the husband and wife registrar move to Adelaide to join their son at university. Our Egyptian assistant returned to Saudi Arabia while his wife worked towards her AMC MCQ to gain medical registration in Australia and a former registrar returned to general practice after completing her DRANZCOG training.

Another IMG assistant joined the practice in 2011 from the Phillipines and a third registrar position was created in late 2011 to accommodate a previous intern.

The practice continued to enjoy demand for training positions and subsequent registrars each year from both Southern GP Training and Sturt Fleurieu GP Training to keep the clinic fully staffed.

The provision of training to registrars, interns and students continues to be a primary focus of the practice. The intern program (PGPPP) was surprisingly ceased at the end of 2014 in the federal budget which allowed us to increase our student numbers from 3 to 4 in 2015.

2014/2015 saw 4 doctors on maternity leave who have all since returned to consulting.

We closed our branch clinic on Ferrers Street after purchasing the eye centre on Pinehall Avenue. We then undertook minor renovations of the consulting rooms prior to the opening in 2018.

Our registrar positions increased from 3 to 4 and an additional part time GP from Millicent joined us.

Hawkins@Pinehall was officially opened in February 2018. The Sturt street clinic was renamed Hawkins@Sturt to reflect multiple locations. It is an exciting time as once again we are aiming to attract visiting and local specialists to share our rooms to offer better services to our community. We currently have a dietician, two ENT Surgeons, and a counsellor operating from our rooms at Pinehall.

2018 saw our registrar numbers increase from 4 to 6. We also recruited an additional part time GP from Victor Harbour. Our student numbers were also increased to 6 in 2018.

Two partners left the partnership, one moved to NT and the other retired to VIC.

After a long recruitment process an Indian doctor living in Adelaide joined us in late 2018. A qualified Dermatologist in her home country we look forward to her dermatology experience in general practice.

Looking into the future in 2019 we will be participating in a new intern program in conjunction with Flinders University. Intern doctors will get to spend a block of time training in general practice on a rotational basis. Over the course of the year we will have 5 intern doctors rotate through the clinic. 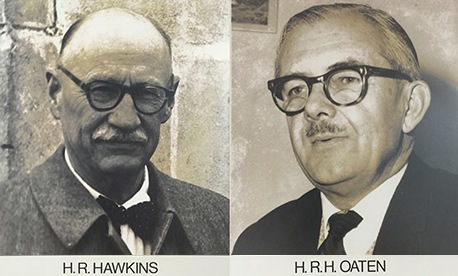